What a ride ! In two weeks we drove more than 4000 kilometers (thats approx 2500 miles) all across the european continent - and still that only was the tip of the iceberg. It was SOOO AWESOME !!  No matter where we went -England, France, Switzerland, Austria or Czech Republic- y'all partied away and rocked as if there were no tomorrow ! Many of our regular fans had traveled afar as well in order to support us - and found themselves inmidst droves of new Heldmaschine fans (who were totally suprised themselves) !! To be able to watch this from the satge was more than amazing !! Coming to a foreign country for the first time -where in most cases you don't even speak their language- and then being so warmly welcomed by the fans of the great Oomph! (who Heldmaschine actually officially supported) is simply amazing !! The Oomph! guys and their crew themselves were the nicest and sweetest hosts you could dream of - great, great guys all around !

Yes, most of the audience had not neccessarily heard of Heldmaschine before, they said. But that sure didn't stop them from going crazy from the first few notes on!  No matter where we came - electricity was in the air and they rocked like crazy right from the start!! Check out the tour diary video below, Somehow it all seems strangely unbelievable... which makes the upcoming summer all the more exciting. Yes, we'll be back IM FADENKREUZ !

Check out the upcoming summer tour dates below.

For the time being, we'll sneak quietly back into the studio ... oh, there are quite a few new songs waiting to be written and recorded !!

Thank you all from the bottom of our hearts ! And see you back sooooooon !! 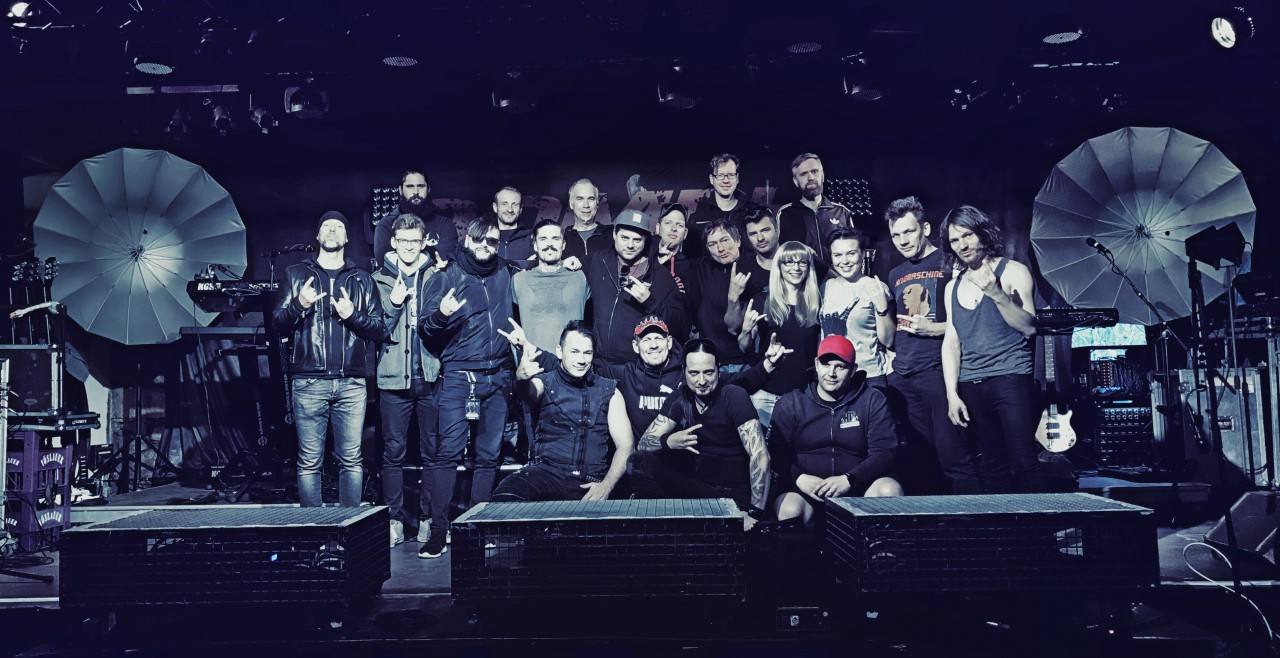