It never ceases to amaze us what some of you guys do ! Being nutcases ourselves, we know exactly how much blood, sweat and tears go into such an undertaking... before it finally comes into existence.

In this particular case the vision was a HUGE Heldmaschine flag. Probably triggered because our René uses an (albeit small) flag on stage when performing our 'Propaganda' song. Kinda harmless, we thought...  little did we know.

Just check out what Kai, Alana and Karin were inspired to do... and even turn into a real thing. Let alone smuggling that monster into our 'Nacht Der Helden' festival show in Hannover - and unroilling it in front of our eyes in the middle of the gig. With literally everybody on the main floor being involved... without any rehearsal. Absolutely impressive !! (Check out our video diary for proof :)

We're sure you'll be as impressed as we were oursleves. More than once René was completely speechless on stage .... thanks to those three.

Extra thanks for documenting the entire process of the project ! 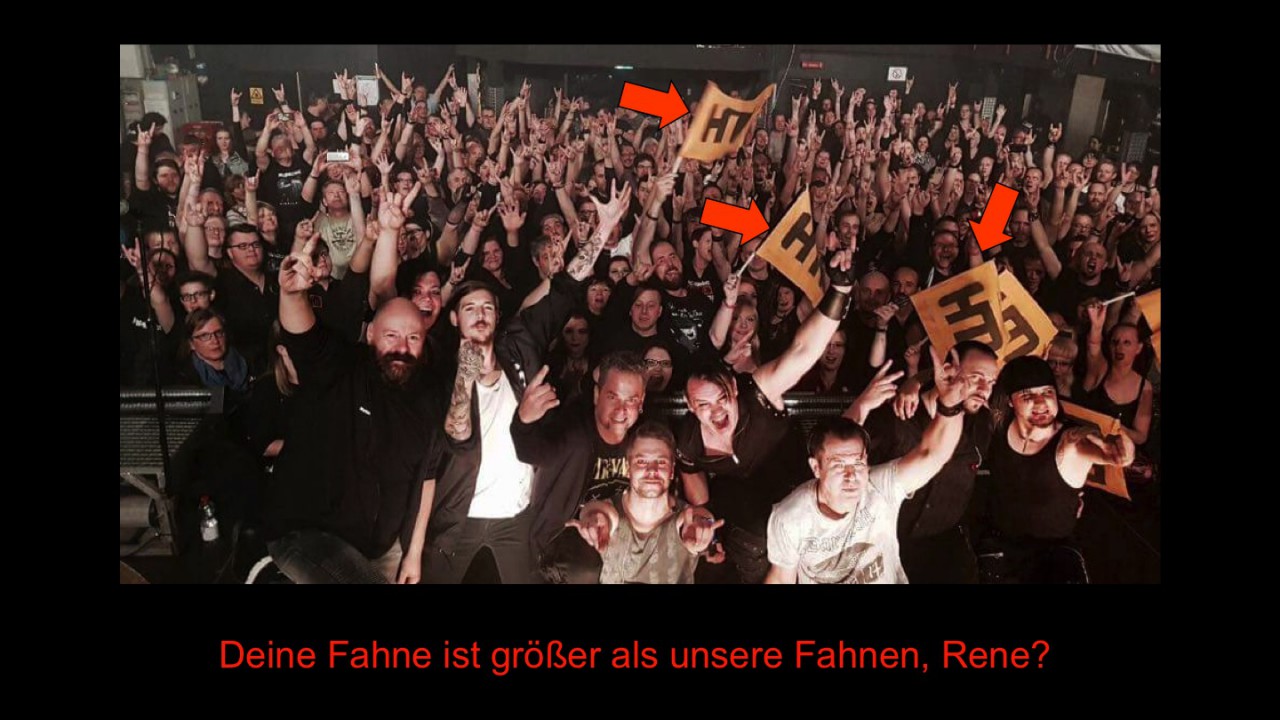 Your flag is bigger than ours, Renße ?? 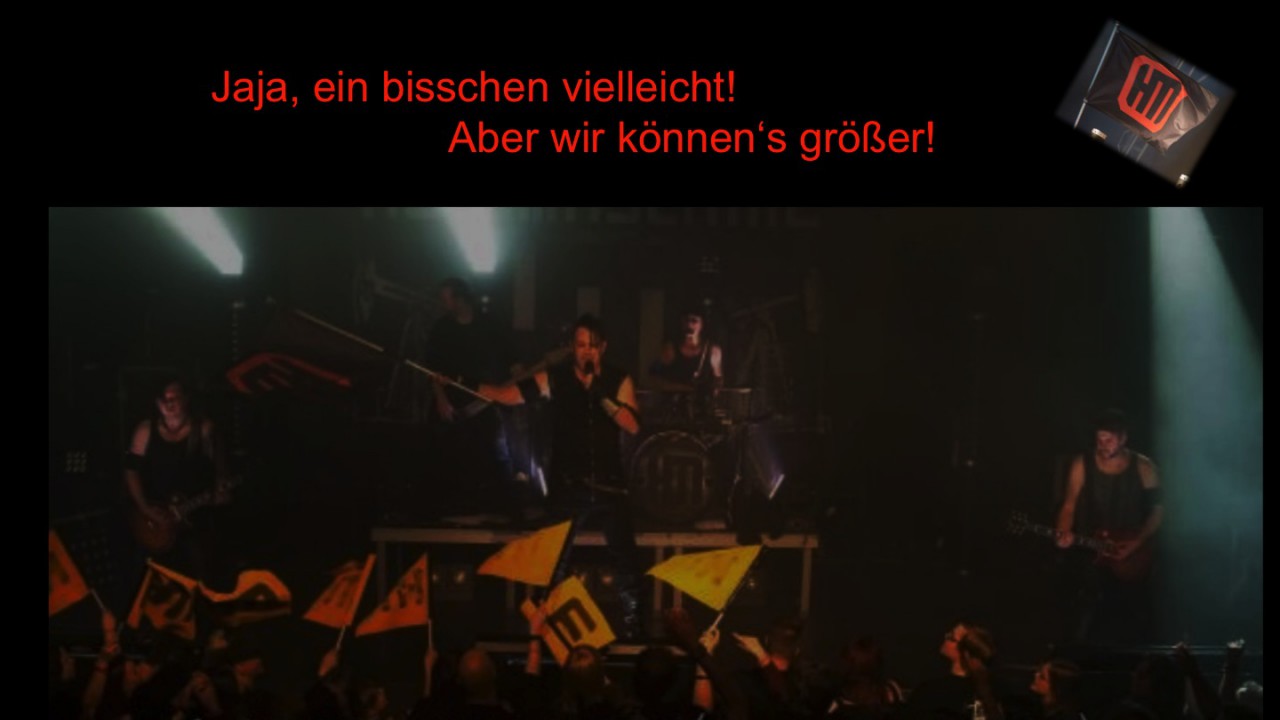 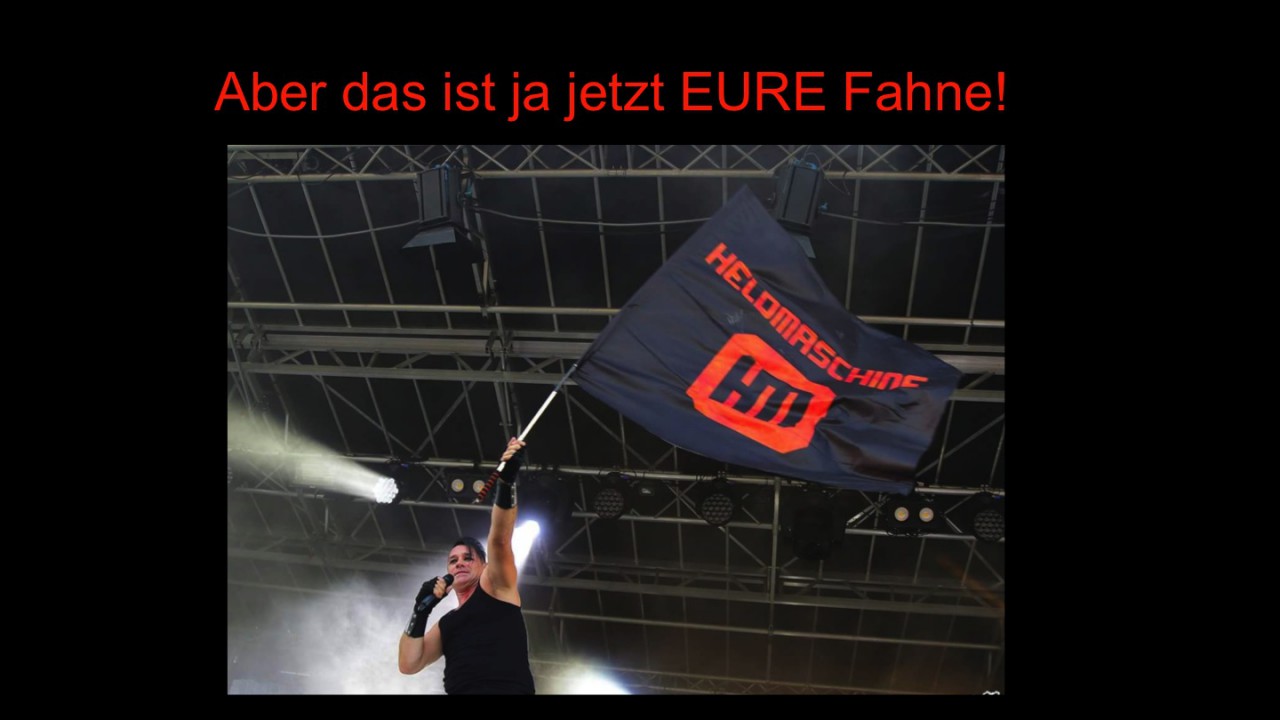 But this is now YOUR flag (they gave it to us 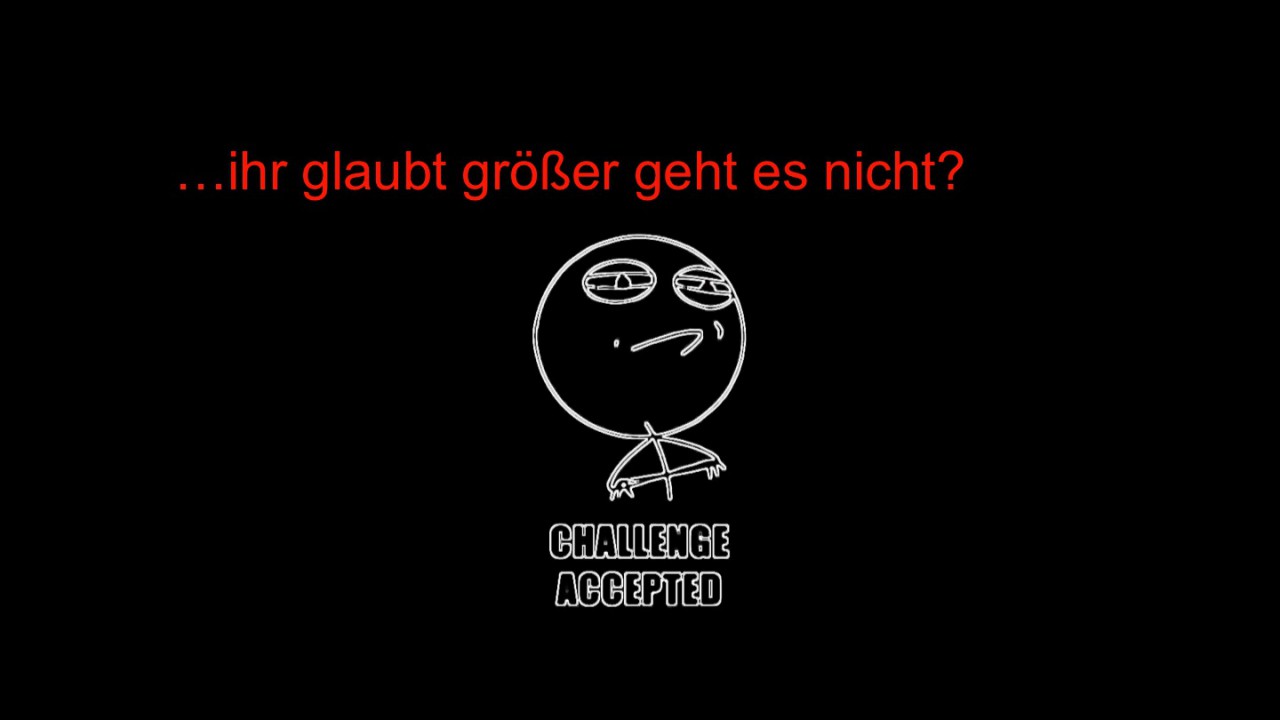 You think it can't get any bigger ? 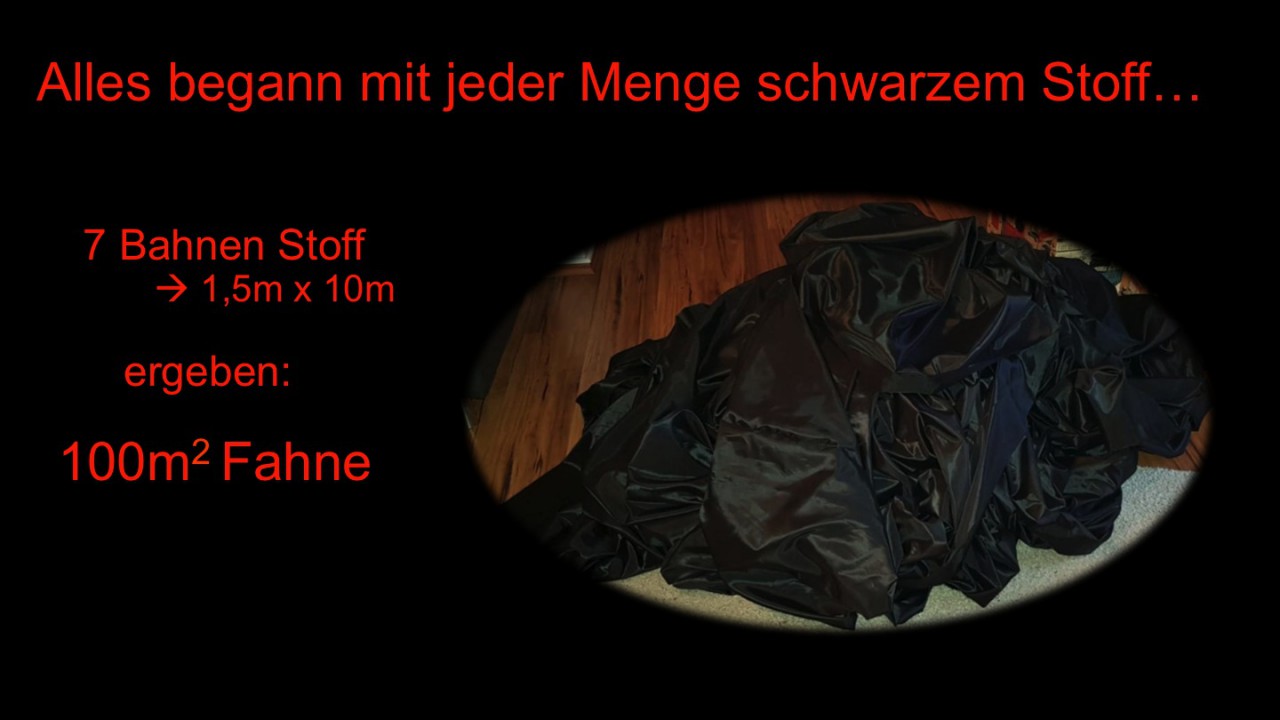 It begins with lots of black fabric ... 7 lanes 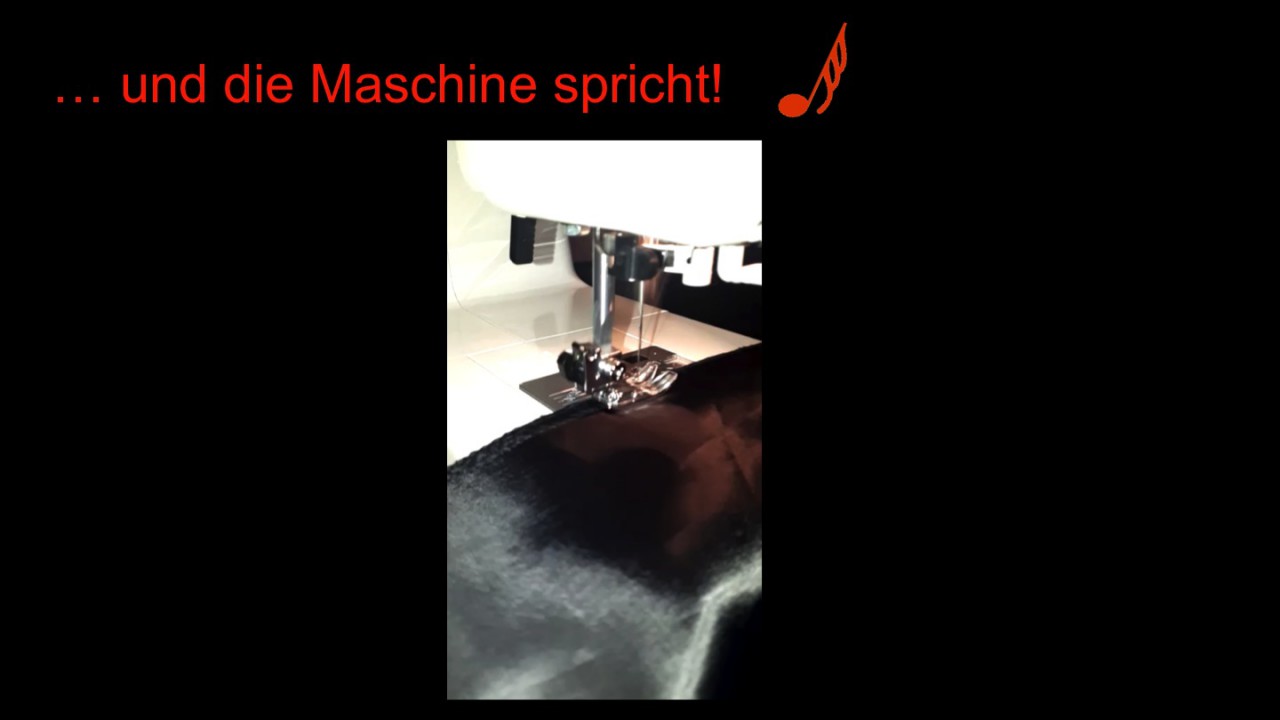 'And the machine speaks' 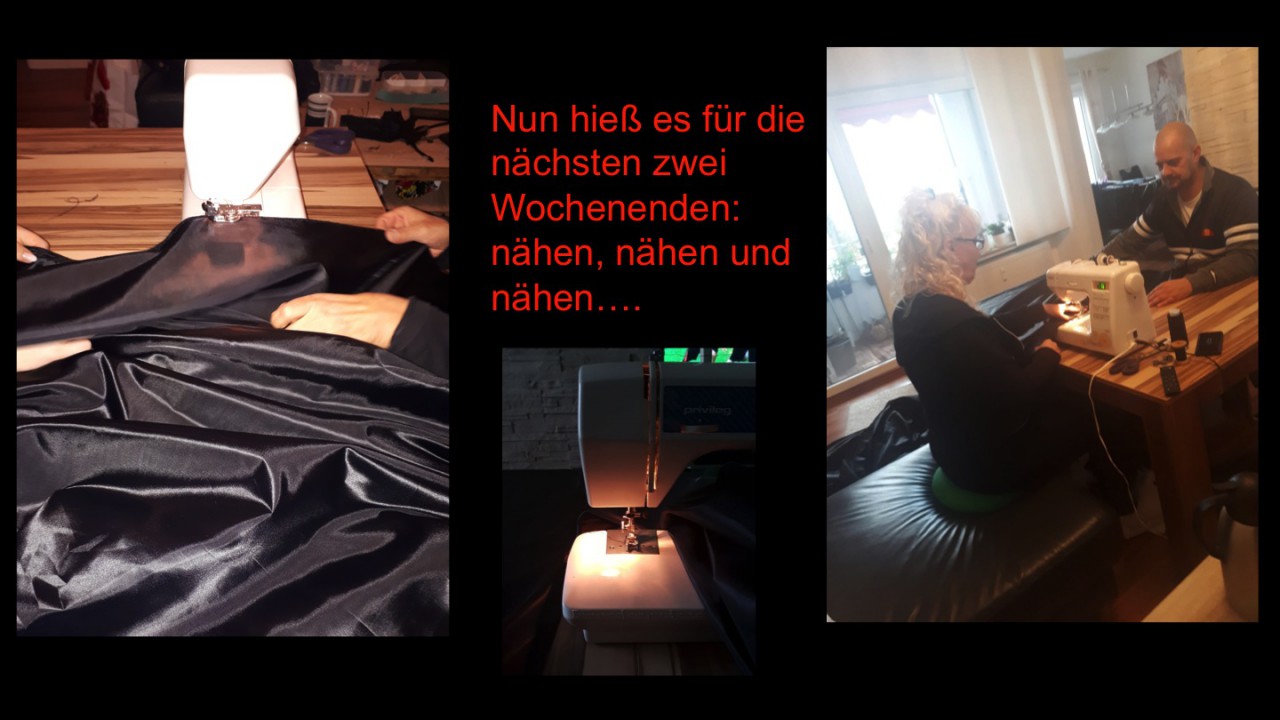 For the next two weekends that meant: Sewing, sewing and sewing... 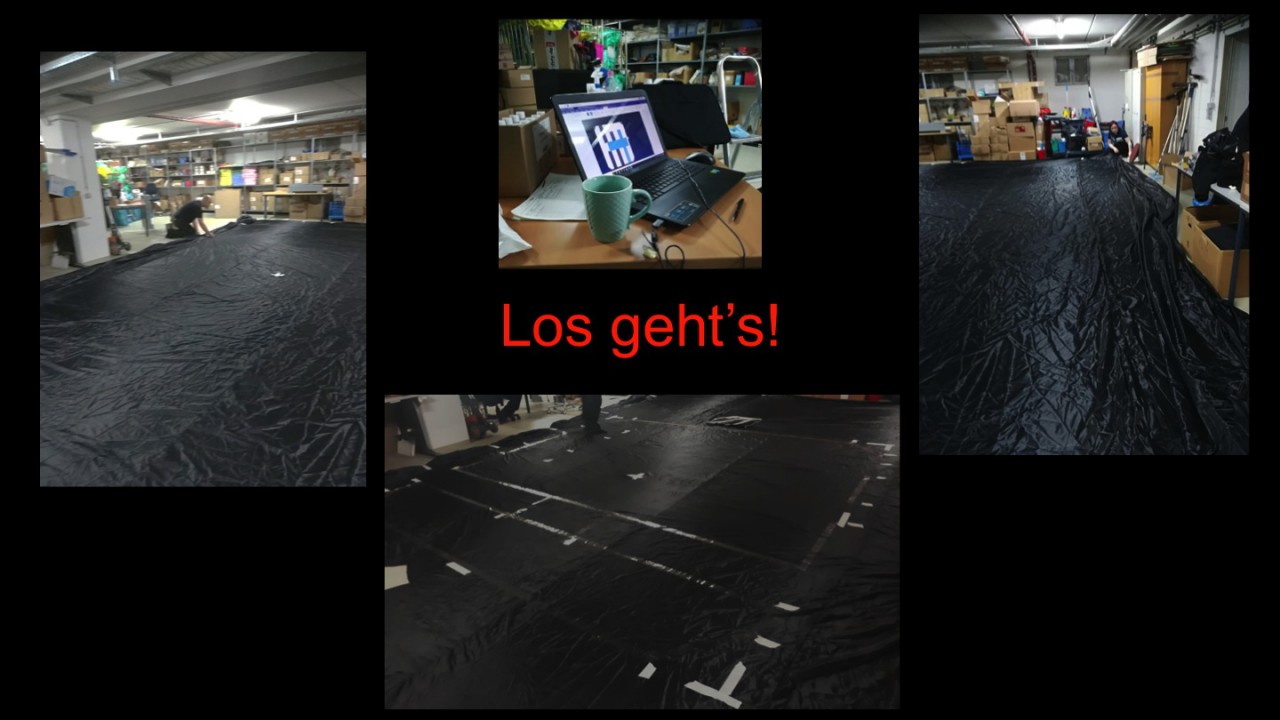 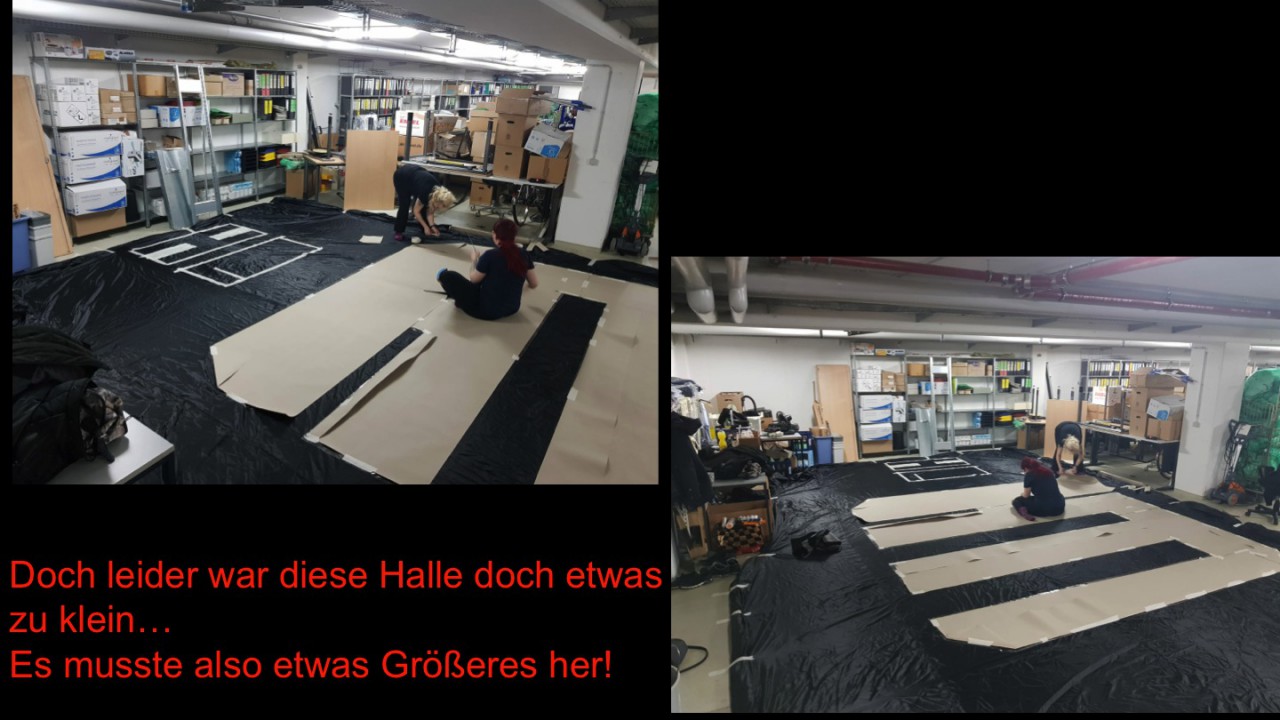 This space soom became too small- We needed a bigger place ! 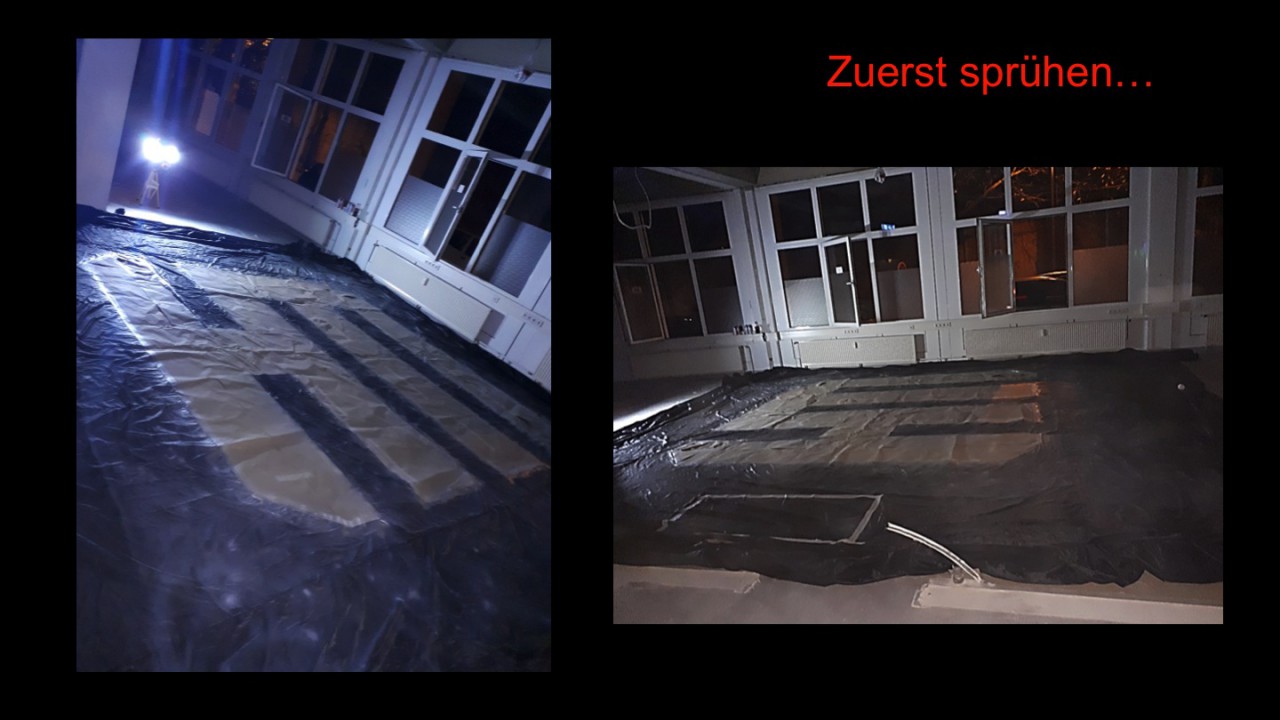 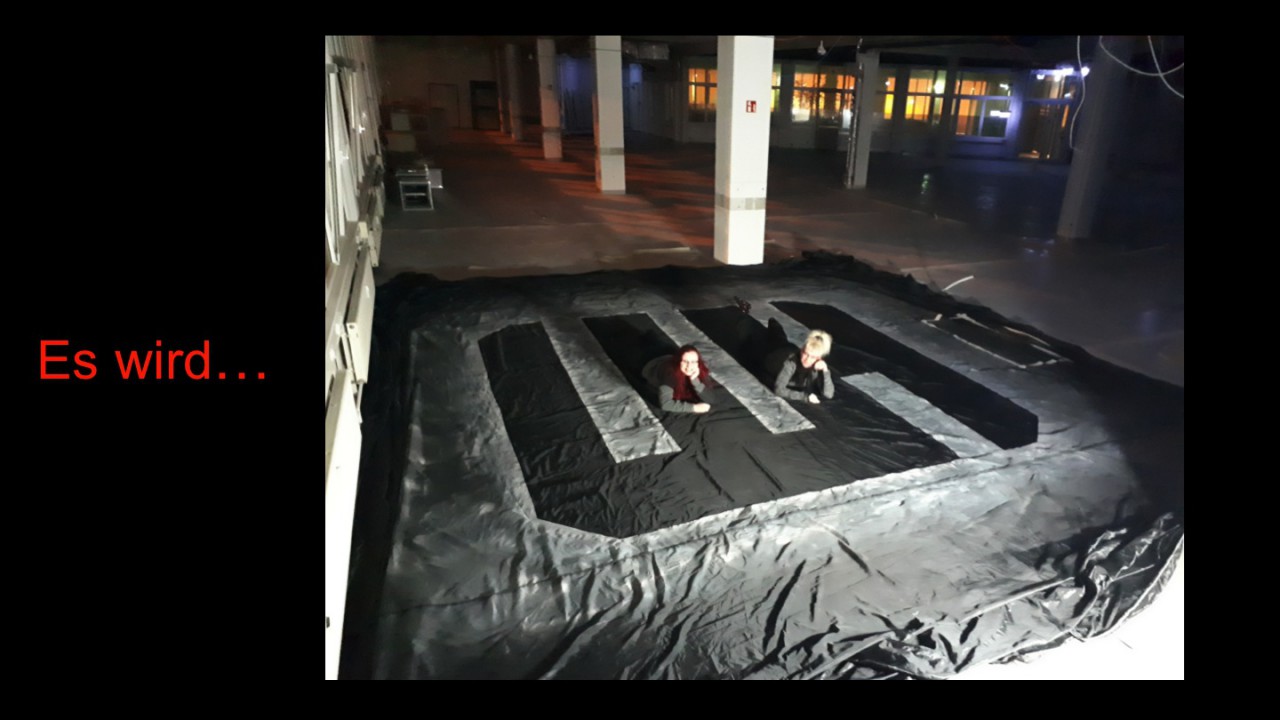 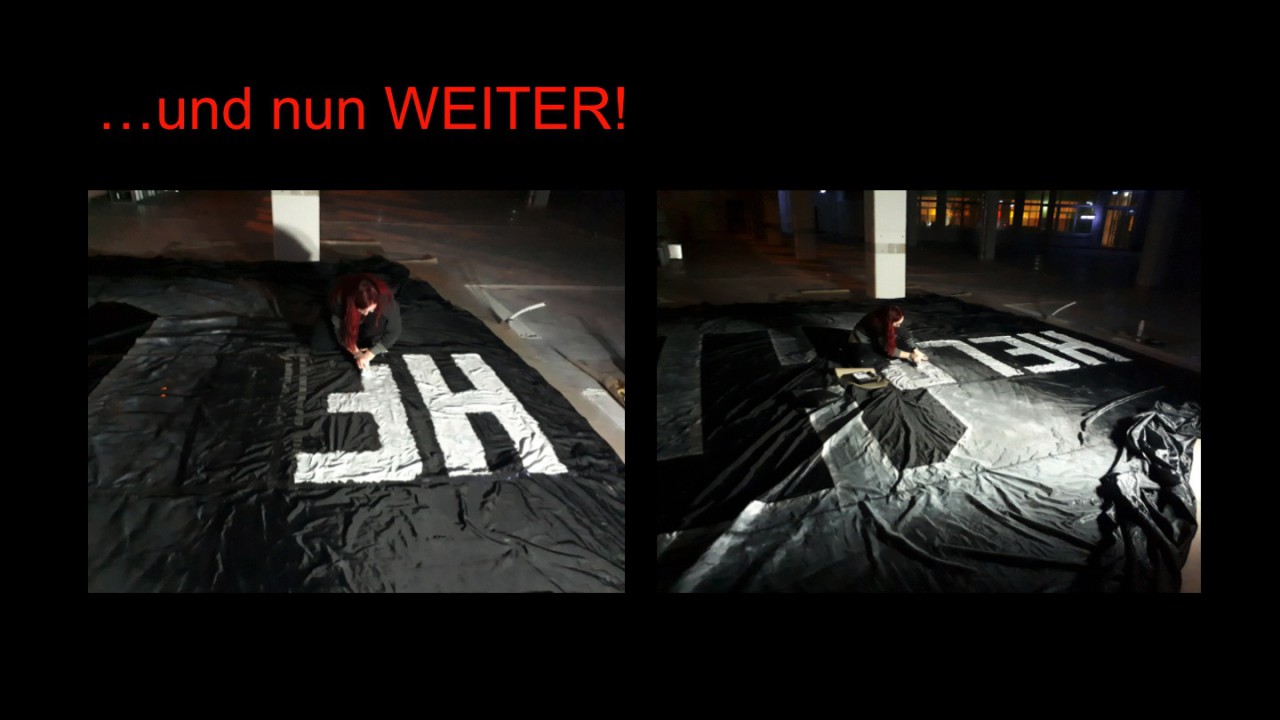 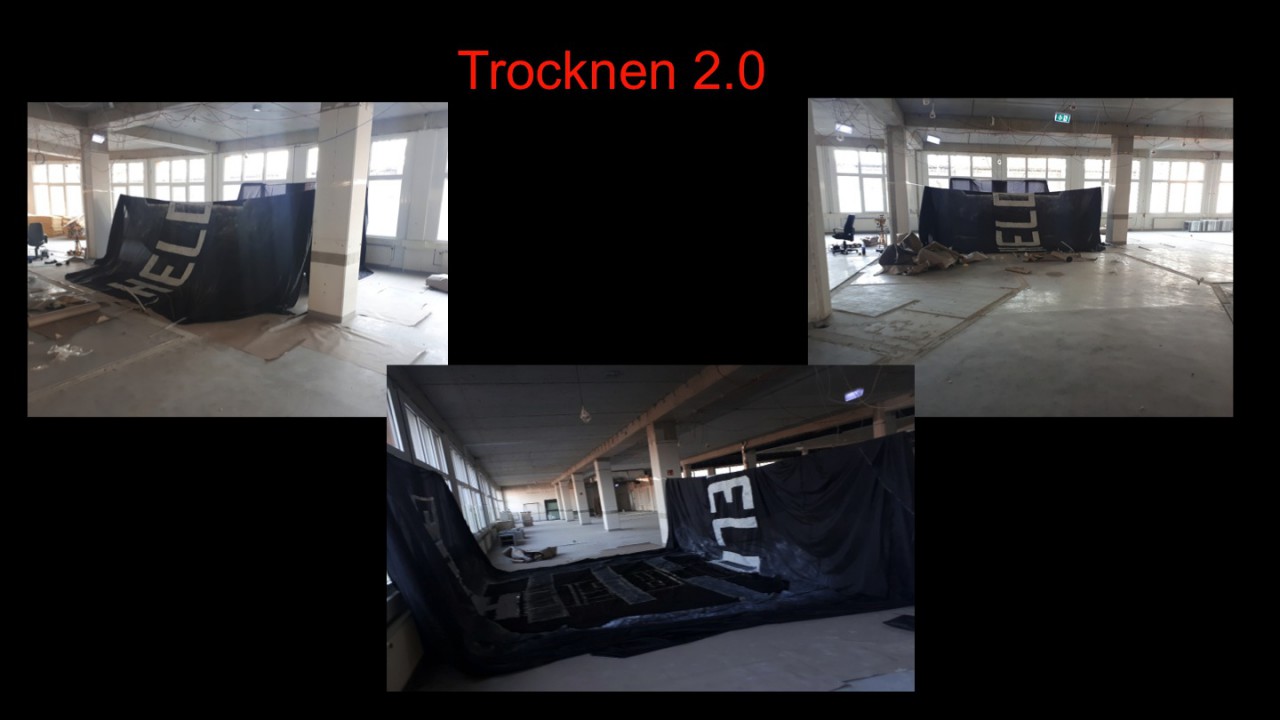 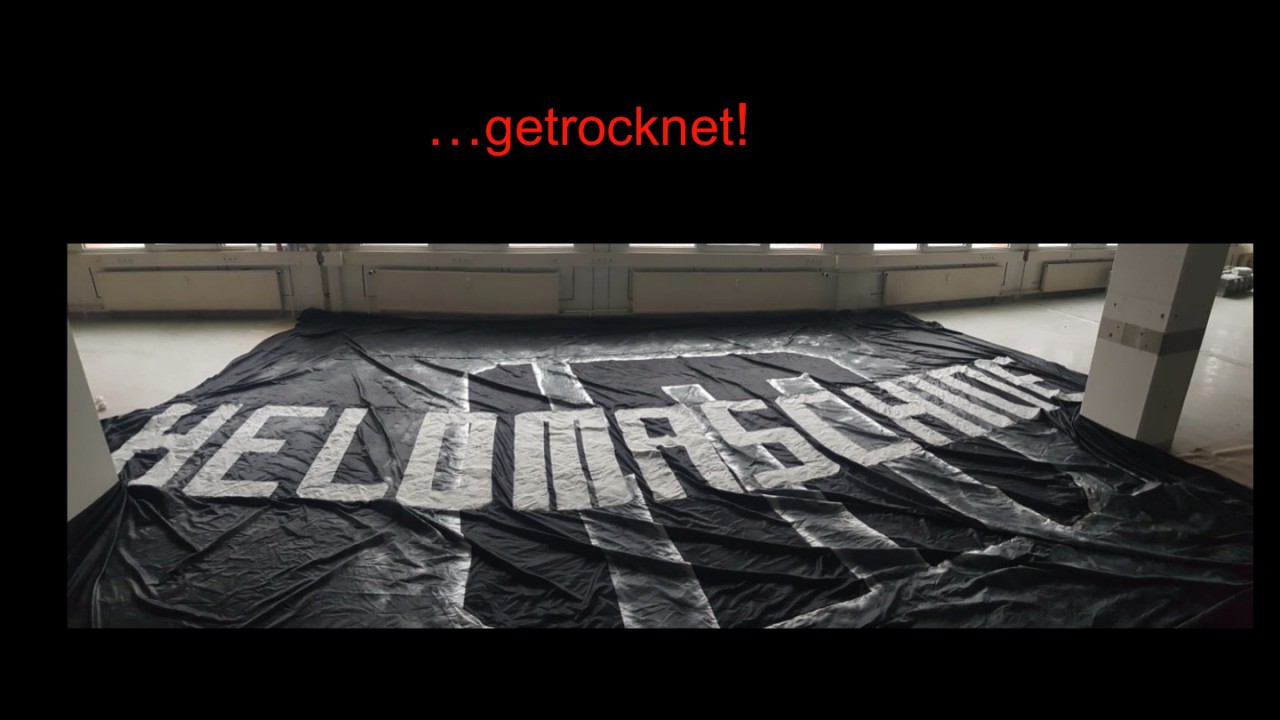 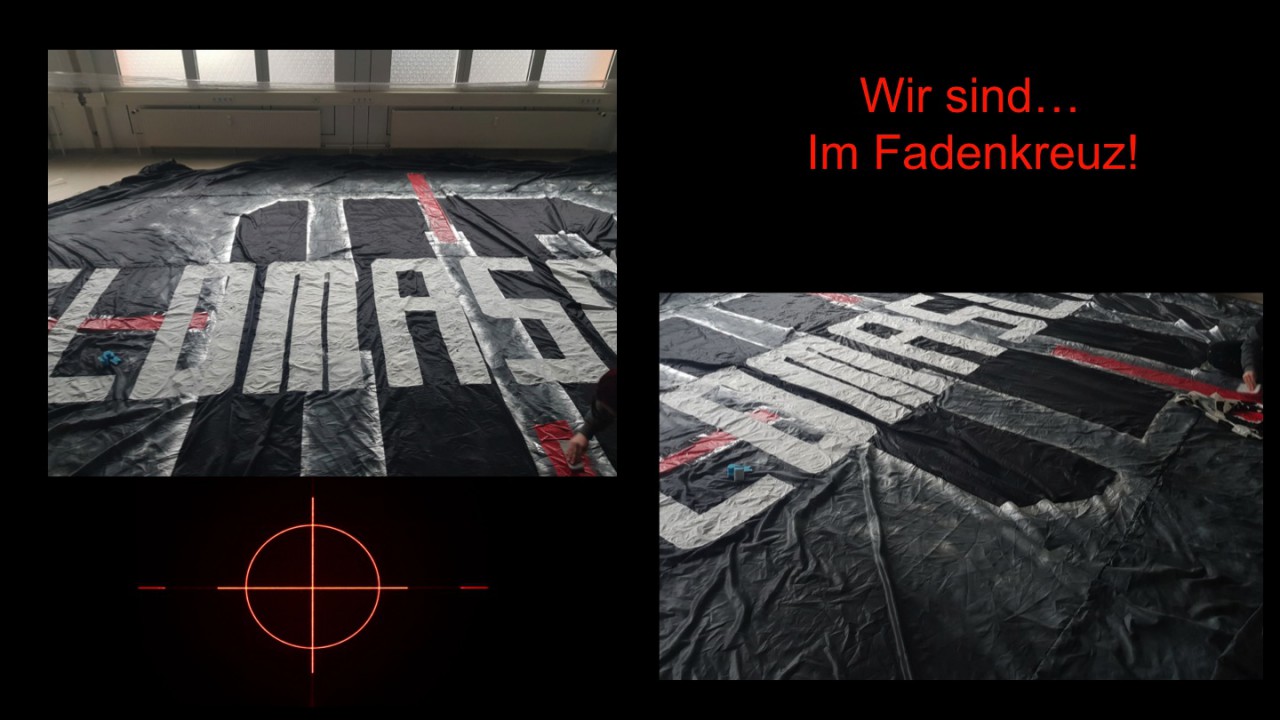 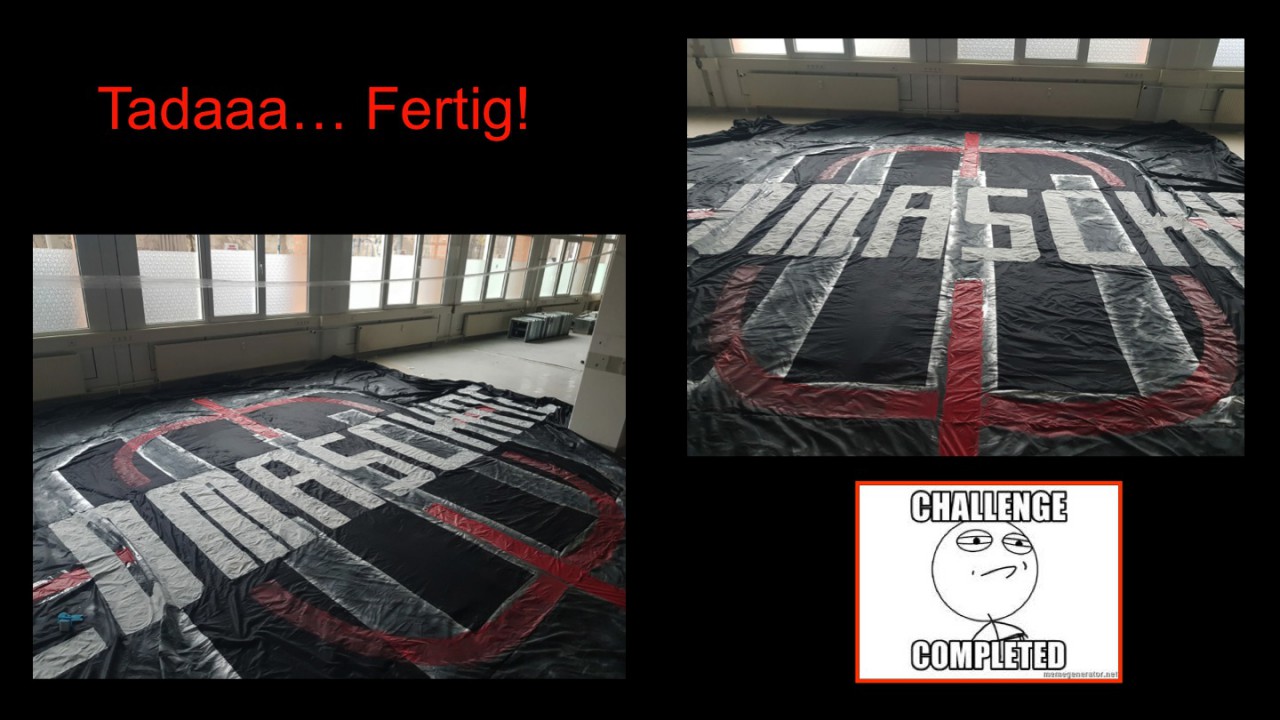 Y'all now know very well what it looks like in real life !